A new update arrived for the anime adaptation of Yuto Yotsuba and Ryo Ogawa’s Ya Boy Kongming! manga, revealing plans for an April 5 premiere. In addition to a new promo and visual, we have some cast member announcements and news about the ED theme, which has Eiko Tsukumi Starring 96Neko covering mimiharu GT’s “Kibun Joujou ↑↑.”

You can hear a sample and meet more of the cast in the video below. 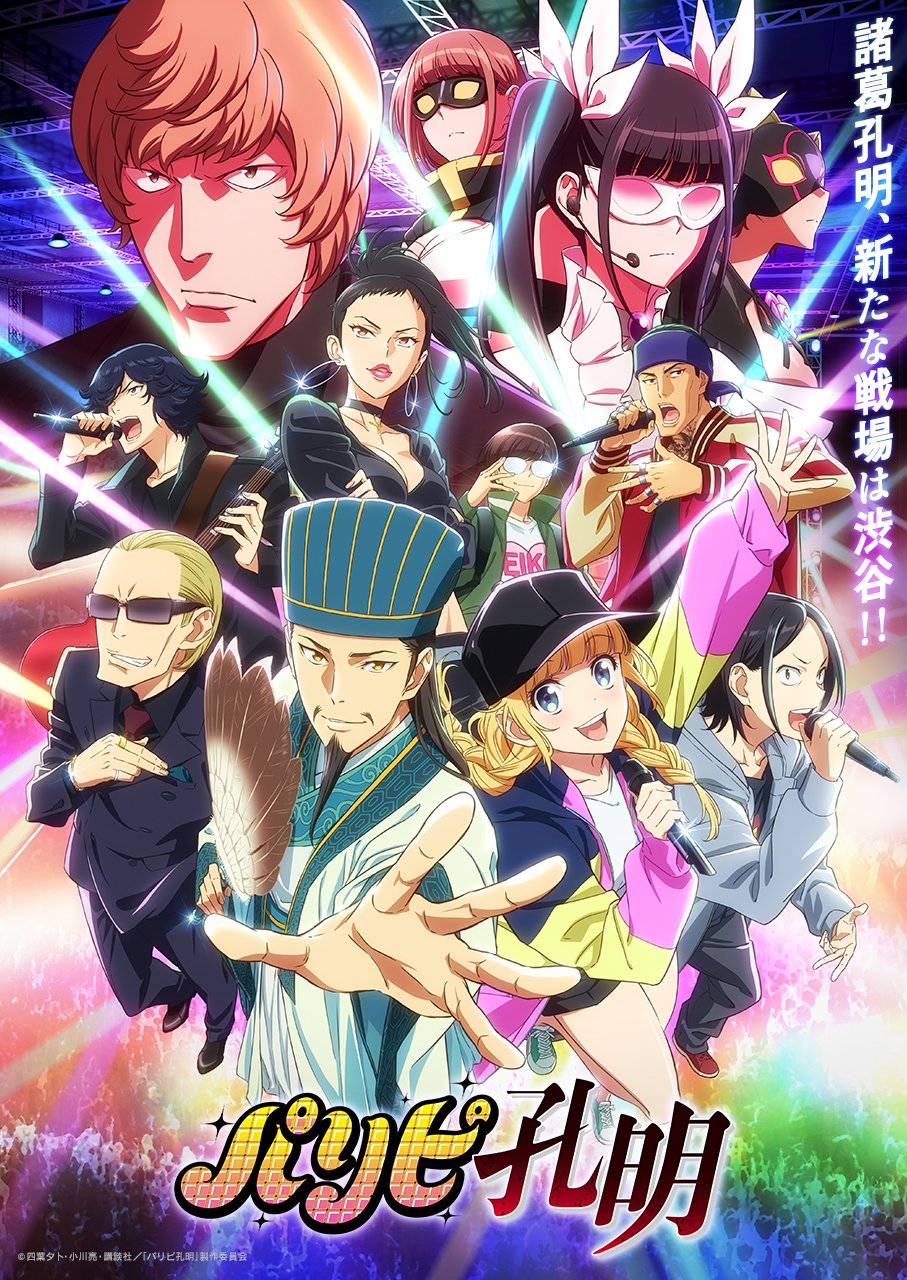 In addition to the previously revealed Ryotaro Okiayu (Byakuya Kuchiki in Bleach) as Zhuge Kongming and Kaede Hondo (Sakura Minamoto in ZOMBIE LAND SAGA) as Eiko Tsukumi, cast additions include Shoya Chiba as Kabe-Taito, Hibiku Yamamura as Nanami Kuon, and Jun Fukushima as BB Lounge owner Kobayashi. As you may have guessed from the ED credits, it was also confirmed that 96Neko will provide Eiko Tsukumi’s singing voice.

Directing Ya Boy Kongming! will be Osamu Honma (The aquatope on white sand episode director) at P.A. Works, with Yoko Yonaiyama (Umamusume: Pretty Derby) as the series composer, and Kanami Sekiguchi (Shirobako) as the character designer. Joining them for the April 2022 premiere are:

The Tokyo Party Scene isn’t NEAR ready for the star general of the Three Kingdoms era, but he sure is ready for it! Get down, shake your thing, and prepare to laugh out loud with this historical fantasy timeslip comedy, Ya Boy Kongming!