New year, new month, a new TONIKAWA: Over the Moon for You visual featuring Tsukasa in a season dress doing a seasonal thing. This month has the heroine of the wholesome romantic comedy series wearing a gorgeous winter kimono as she prays at a shrine in what looks to be the first visit of the year, known in Japan as hatsumode. 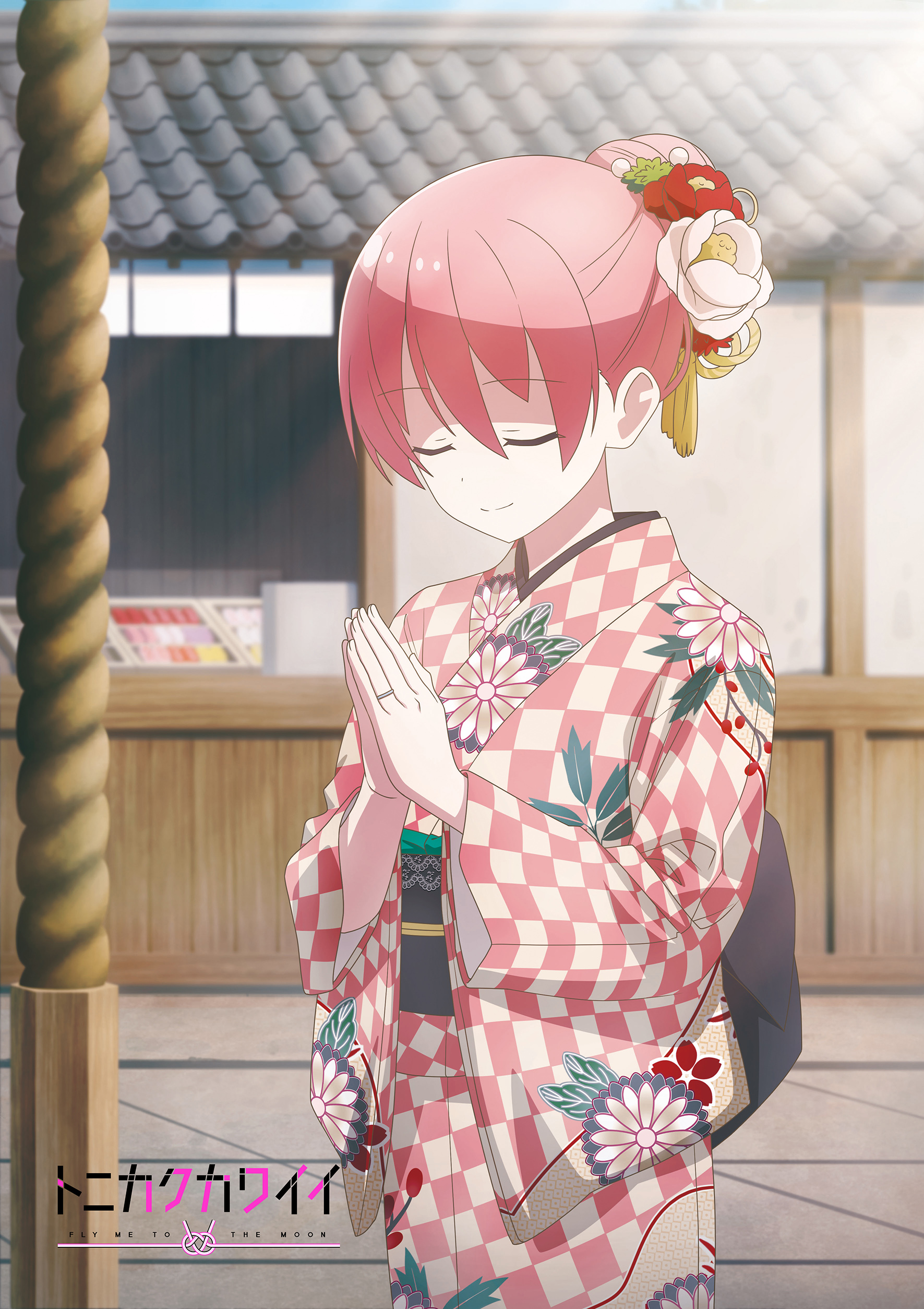 This visual is part of a monthly release that sees Tsukasa in various different environments, including a red leaves visual for fall, a summer visual of Tsukasa at the beach, Tsukasa in a santa costume, and many more. They can all be viewed on the anime’s official website.

Both the TONIKAWA: Over the Moon for You TV anime series, which was broadcast in Japan from October to December 2020, and OVA adapts the manga of the same name by Kenjiro Hata and can be streamed on Crunchyroll. Crunchyroll describes the adorable series as such:

Nasa Yuzaki falls in love at first sight after an encounter with the mysterious Tsukasa. When Nasa earnestly confesses his feelings, she replies, “I’ll date you, but only if we’re married.” Nasa and Tsukasa’s cute and precious newlywed life of love is about to begin!