Shogakukan Comic’s official Twitter announced today that a TV anime and a live-action film adaptation of Makoto Ojiro’s Kimi wa Houkago Insomnia / Insomniacs After School manga are now in the works. It was teased in the anime video posted last October that something would be announced in January this year. The release dates for each have not yet been revealed.

The manga has been serialized in Shogakukan’s Weekly Big Comic Spirits since 2019 and its latest eighth volume is released in Japan today, on January 12, 2022. The story is set in Noto City, Ishikawa Prefecture. Ganta, a high school boy suffering from insomnia, meets Isaki, who has the same problem. In the school’s observatory, which is now used as a storage room, their mysterious relationship begins to share a fleeting sleep after school and a secret…

Anime PV was posted in October 2021 when the manga’s previous seventh volume was released: 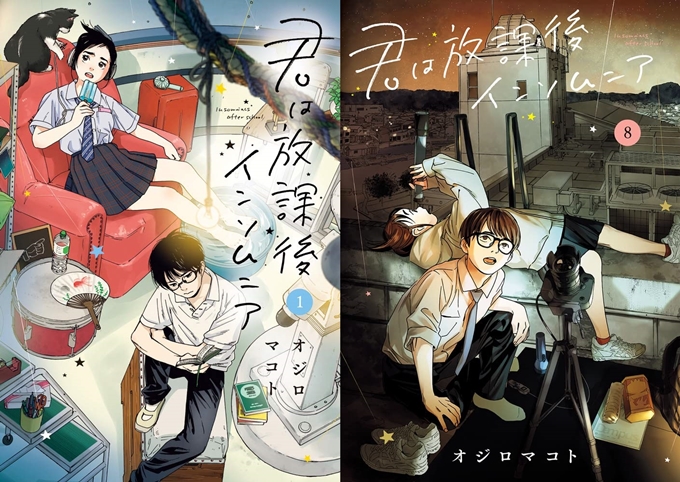