Hello everyone, and welcome to Why It Works. Also, 2022! The new year has finally arrived, bringing with it a host of resolutions and renewals, along with one thing of genuine importance: a brand new One Piece opening. With the forces of the Straw Hats now thoroughly entrenched in Onigashima, One Piece is treating us to an opening fully dedicated to Wano’s final act. As we enjoy the fruits of Wano’s bounty, what better time is there to look back on One Piece’s past and size up the openings of yore?

All of that is a long road to a simple conclusion: It’s time to examine some One Piece openings! One Piece has cycled through over 20 openings on its labyrinthian journey, some of them catchy and iconic, some of them better left unmentioned. Today I’m going to highlight just my top five One Piece openings, which I’ve chosen using only the most cutthroat and objective of criteria. What are those criteria, you ask? 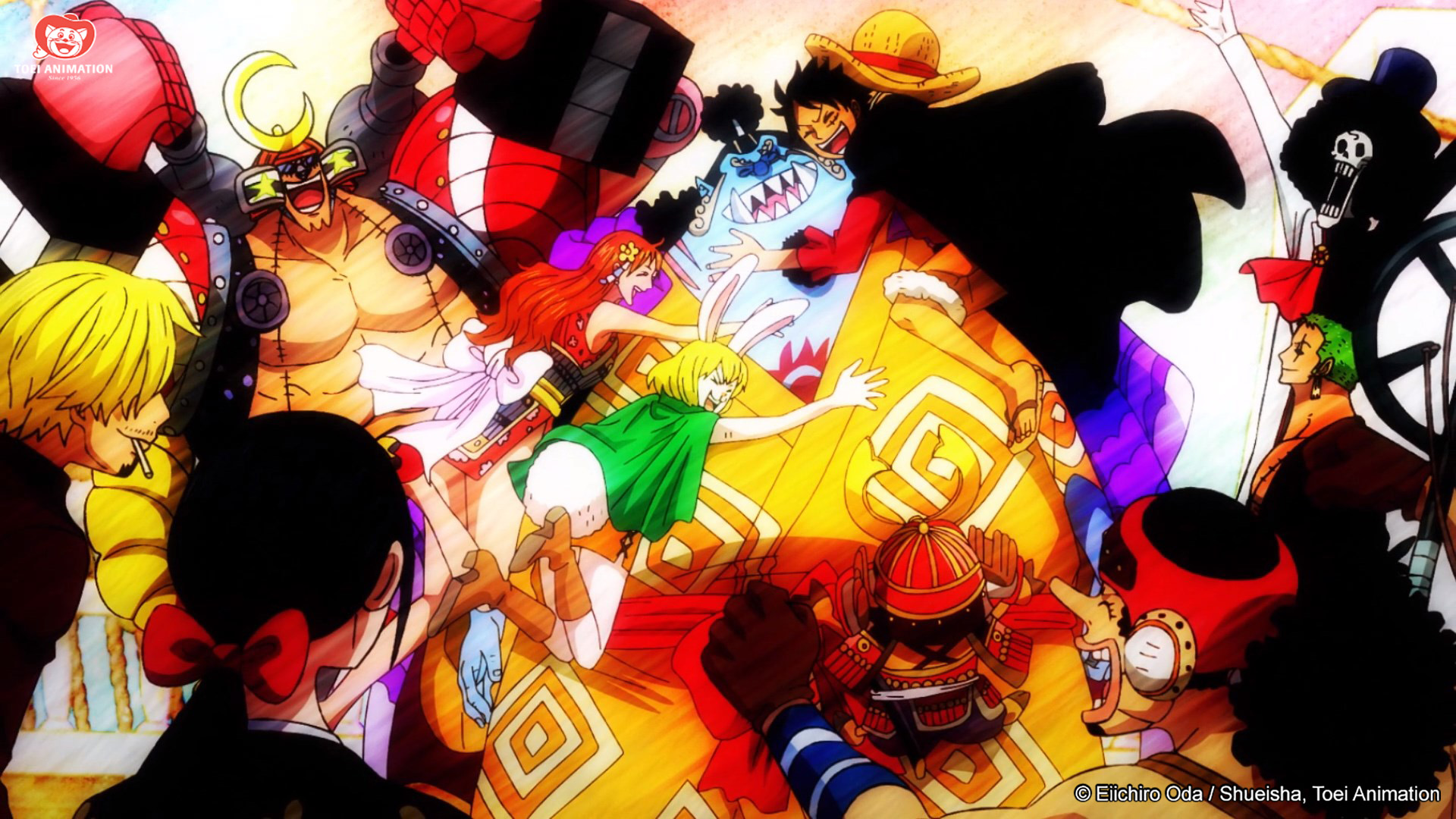 Alright, I think that covers it. With my scientific methodology established, let’s run down my top five One Piece openings! 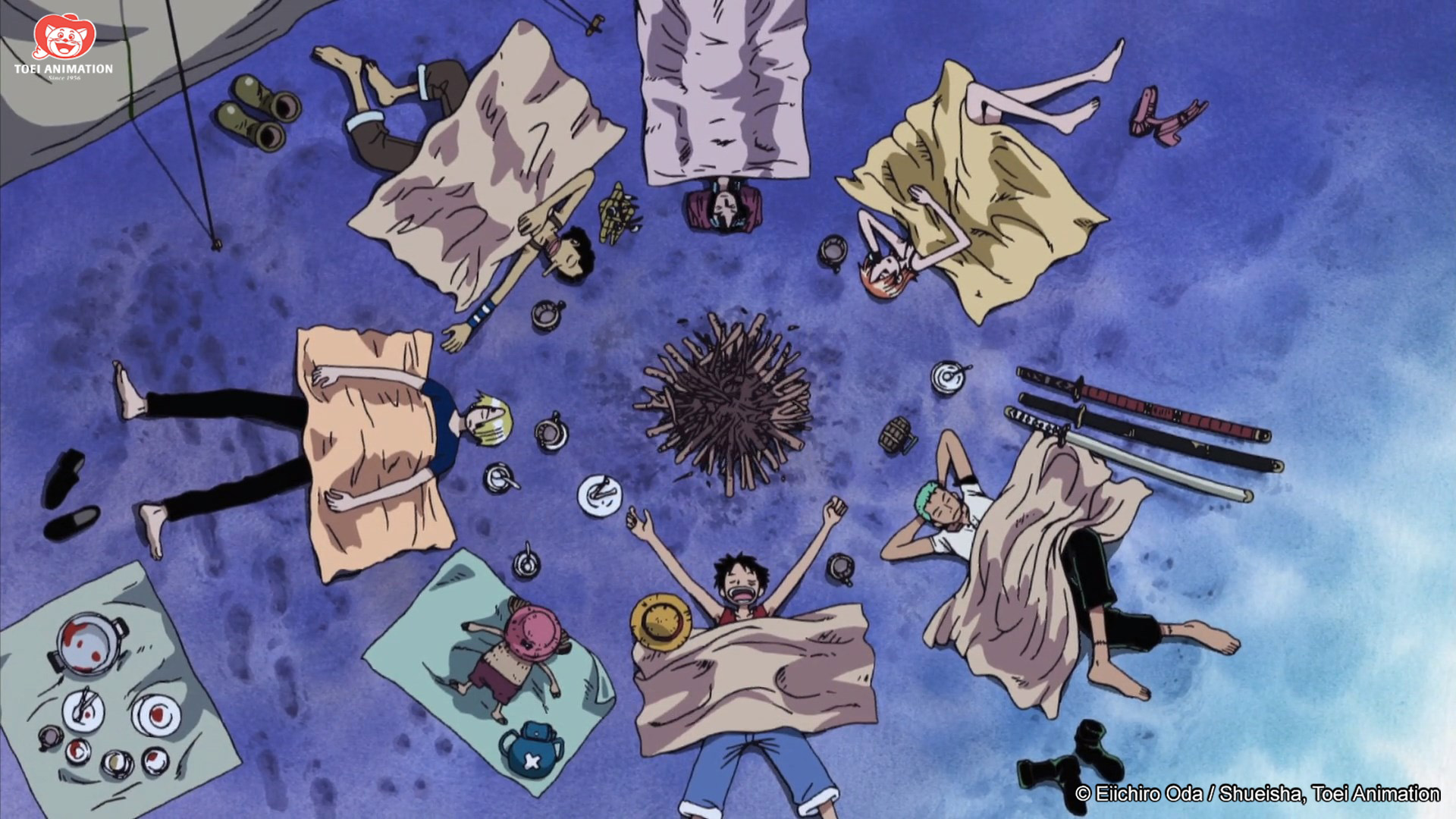 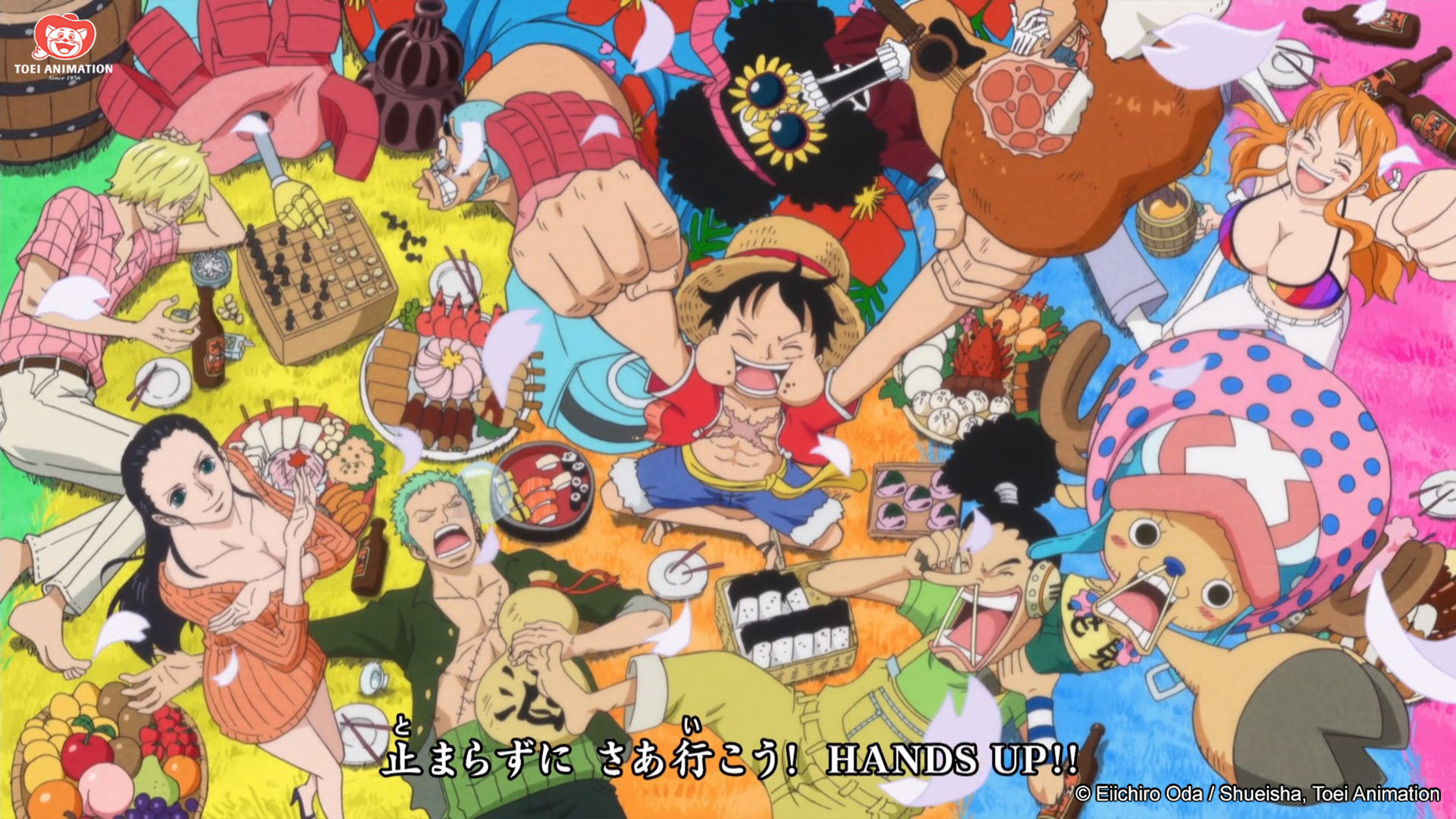 With its upbeat melody and plentiful sequences of the Straw Hats simply enjoying themselves, “Hands Up!” likely stands as the last great entry in the classic One Piece opening style. And yet, situated as it is at the beginning of the New World, “Hands Up!” benefits from consistently top-notch character animation, as well as some welcome dynamic storyboarding. Sequences like Luffy’s confrontation with Law are elevated through their framing to promise unimaginable drama to come, yet the opening as a whole keeps things light, bringing a new caliber of animated fluidity to what would have likely been still shots a few openings back. Then there’s that adorable silhouette sequence of the Straw Hats marching together, and perhaps most crucially, the almost percussive way Kota Shinzato pronounces “orenai hata kakage” in the chorus. Seriously, just listen to him roll through those syllables. Doesn’t that sound nice? 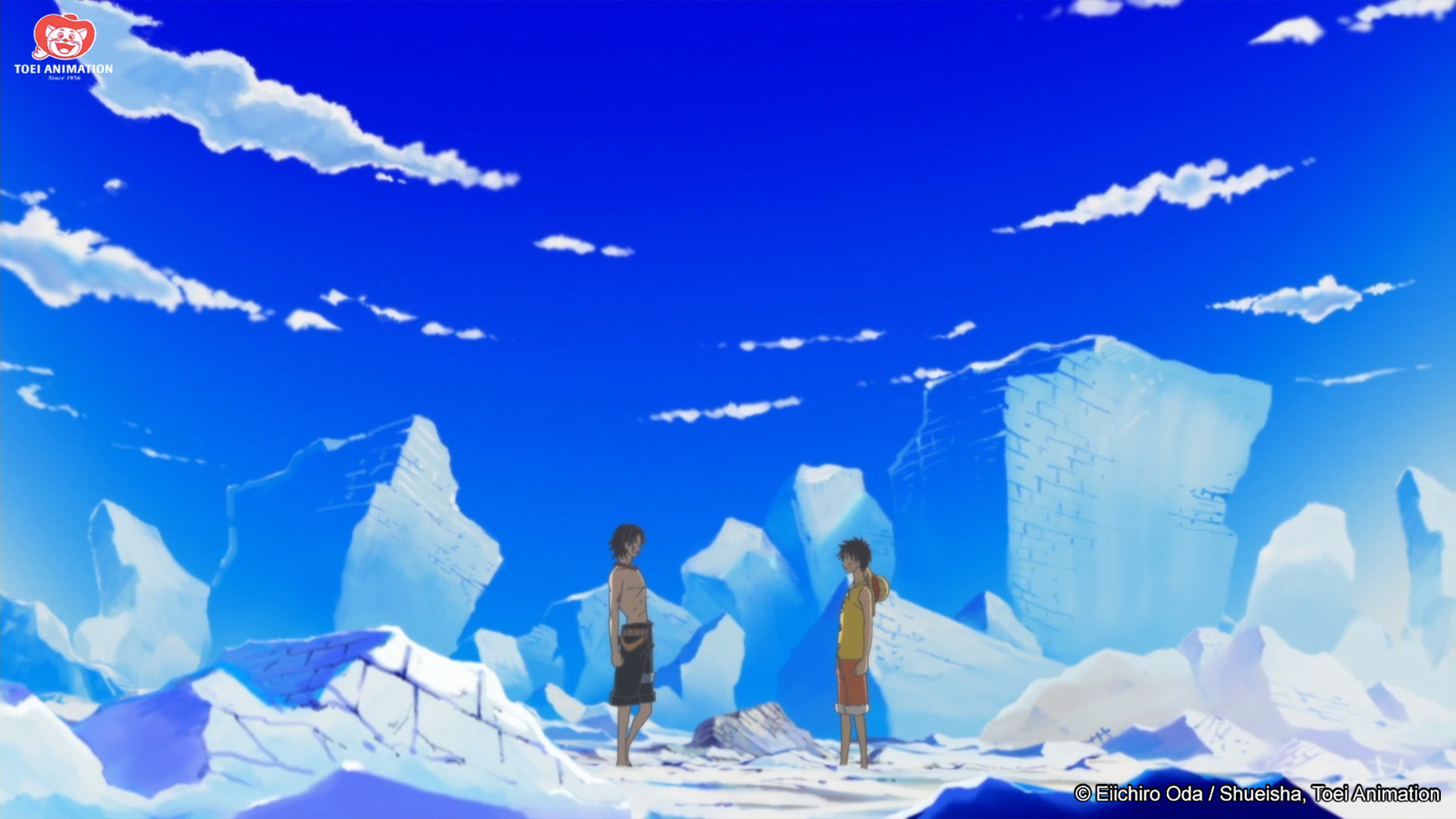 Directly following what is likely One Piece’s least tonally appropriate opening of all time, the show took a hard turn toward dramatic coherence and revealed an opening so appropriate it doesn’t actually feel like a One Piece song. Gone are the perky horns and sing-along segments of Luffy’s early adventures; with his brother’s life on the line, One Piece shifts to brooding alt-rock with guitars so distorted they evoke a melancholy haze more than any clear notes. Though the animation is more limited than some openings, the storyboarding is top-notch, with the opening essentially telling a story of loss and solace in its own right. This isn’t “welcome to the world of One Piece,” it’s a metaphor for Luffy’s feelings at this moment; absent the villain roundup at the end, you could see this as a self-contained One Piece vignette. 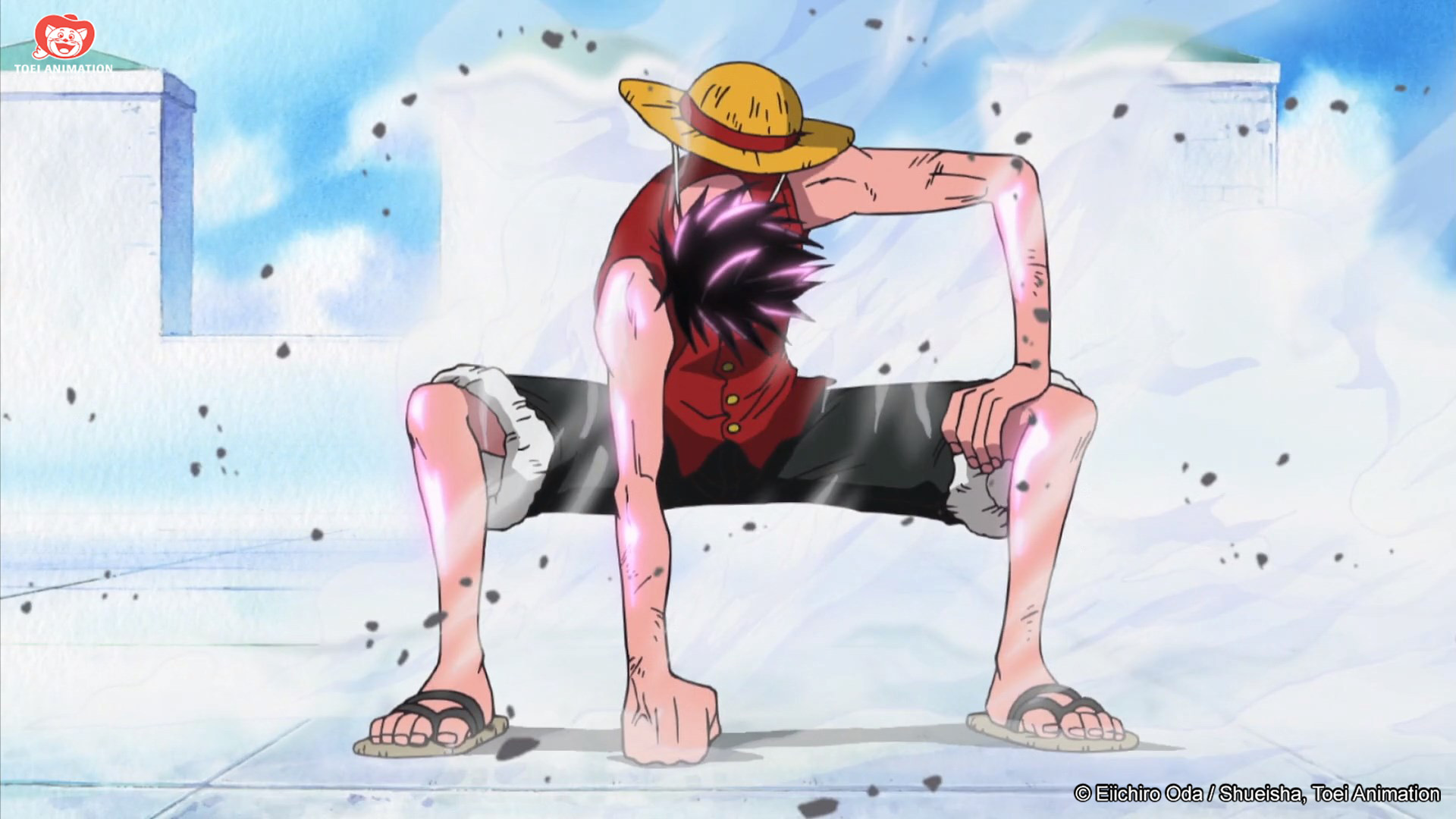 A great opening song sets the tone of the drama, putting the audience in just the right mind space to best appreciate the show to come. It’s fitting, then, that the opening chosen for Enies Lobby seems impatient to finish, with a chorus melody that almost tumbles over itself in its urgency. Backed by a frenetic synth line, D-51’s vocals urge us to race faster, higher, more and more! — and the narrative supports it, as One Piece’s world seems to be opening up into a higher tier of conflict and consequence. Enies Lobby served as a key point of escalation in One Piece’s narrative and “BRAND NEW WORLD” embodies both the urgency and the exhilaration of that moment as choruses pile on top of each other like Sanji’s spinning kicks. 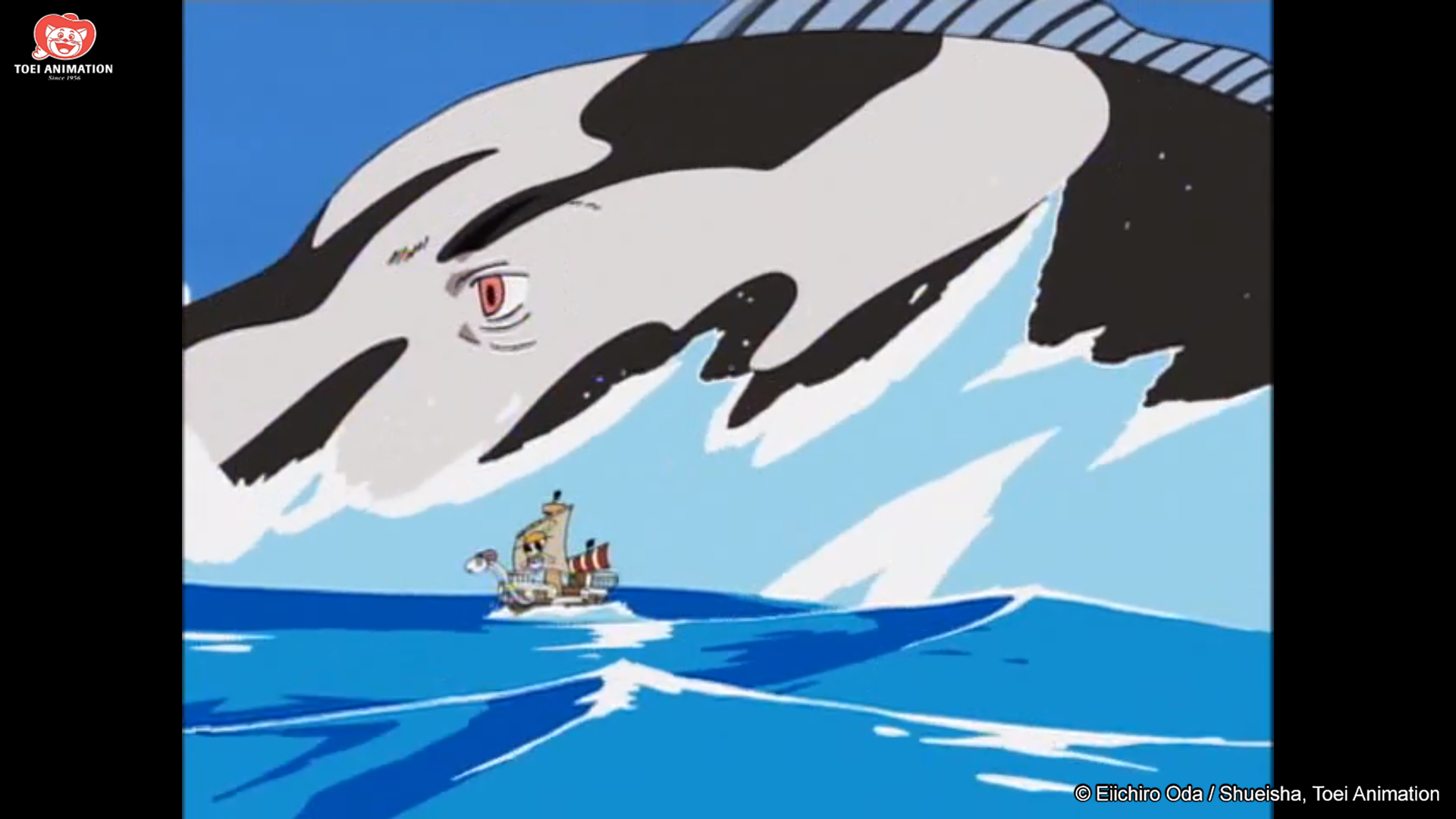 Nothing is as important as a first impression and One Piece roared out the gate with its first opening, which succinctly embodies both the spirit and the promise of One Piece. “We Are!”’s strident, cheerful vocal melody is the perfect fit for One Piece’s starry-eyed early days, buoyed up by festive horns that resound like a loyal crew at your back. Meanwhile, the ambitious panning medley of Straw Hats in battle essentially serves as a promise of glory to come. The show certainly didn’t look like that in motion, but in this brief cut, we got a generous demonstration of everyday conflict on board the Merry. Ultimately though, I believe it’s that central cut of the Merry sailing along, surrounded by giant leviathans, that is this opening’s crowning moment. Adapted from one of the most stunning panels of the early manga, this one cut promises adventure on a scale beyond our imagining, whetting our appetite for the journey to come. 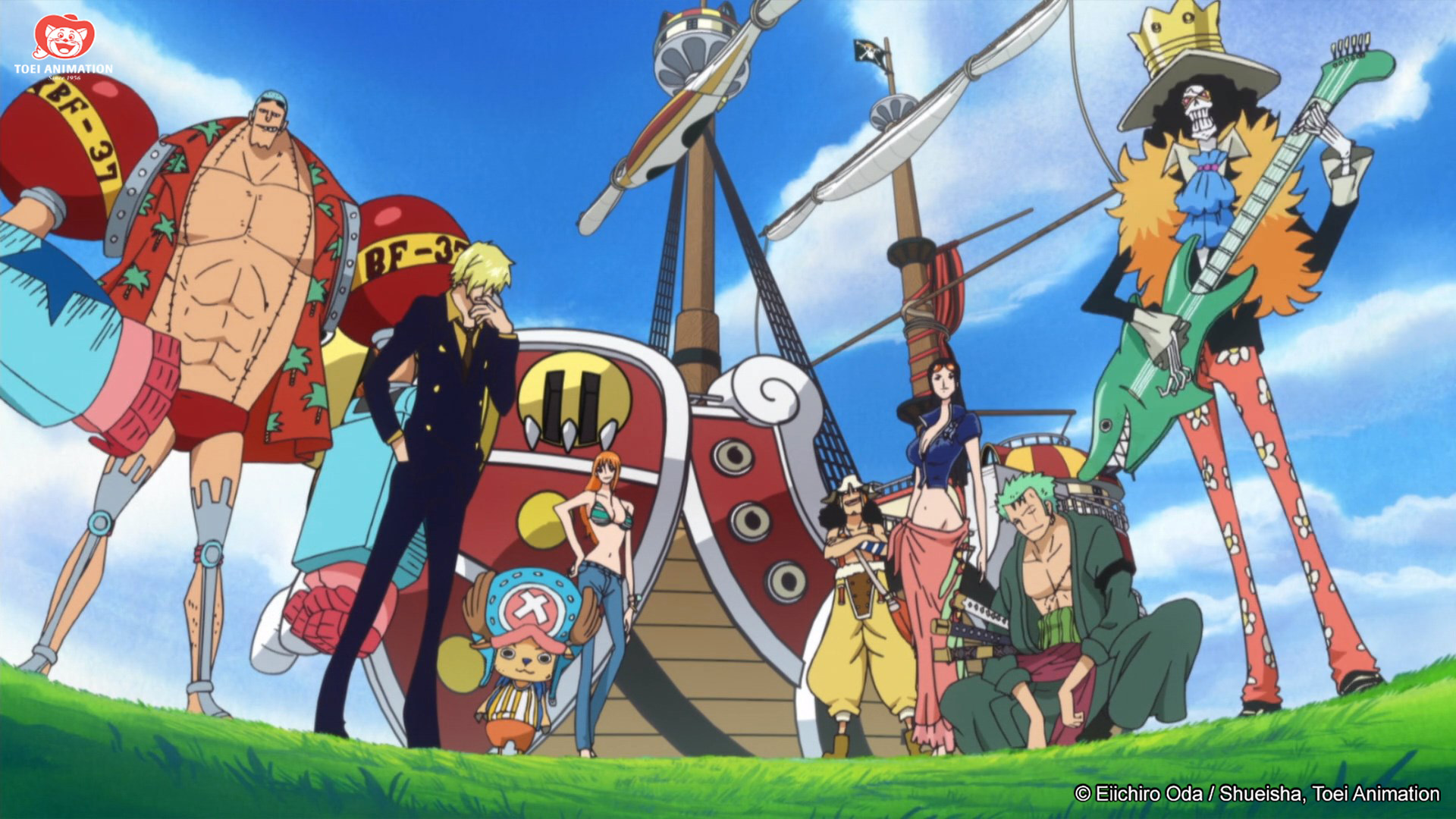 There is no moment in One Piece that provokes stronger emotions than the death of Luffy’s brother Ace. The climax of Marineford essentially serves as the turning point of One Piece as a whole, as Luffy’s carefree early attitude is tempered by an understanding of this world’s true face and the story turns toward the threats of the New World. Fortunately, this change in tone was accompanied by an opening that acknowledged the path behind, while accepting the trials of the journey forward: “We Go!,” One Piece’s most emotionally resonant opening.

Hiroshi Kitadani returns for an opening clearly designed as a mirror of “We Are!,” from its title to its visual design to its glorious horn fanfare. But while “We Are!” embodies the carefree energy of youth, “We Go!” is tempered by experience. Its rousing chorus contains a clear undercurrent of sorrow and gratitude, an understanding that we must carry on, for the sake of those we’ve lost. When the instrumentation drops out beneath that chorus, we feel all the vulnerability and sorrow Luffy is experiencing … and when it rises back into a fully orchestral charge, his determination to go on comes through as well, encouraging us as if we were his own crew. With a dynamite melody, clear reverence for One Piece history, thoughtful storyboarding, and clear connection to the ongoing narrative, “We Go!” stands as One Piece’s greatest opening yet.

Of course, all of that is just my opinion. So what do you all think makes for a great One Piece opening, and what are your resulting top picks? Let us know in the comments!