With the JUJUTSU KAISEN 0 anime film a mere few days, the JUJUTSU KAISEN stage at Jump Festa 2022 released a brand new, action-filled, battle-heavy trailer for the movie to get people hyped up for its December 24 Japanese theatrical release. Moreover, the mainline JUJUTSU KAISEN series was announced to be getting a stage adaptation.

The JUJUTSU KAISEN stage will be performed in Tokyo and Osaka in July and August 2022, with Kensaku Kobayashi directing and Run with the Wind TV anime scribe Kohei Kiyasu writing the play. A teaser visual featuring Yuji Itadori was released. 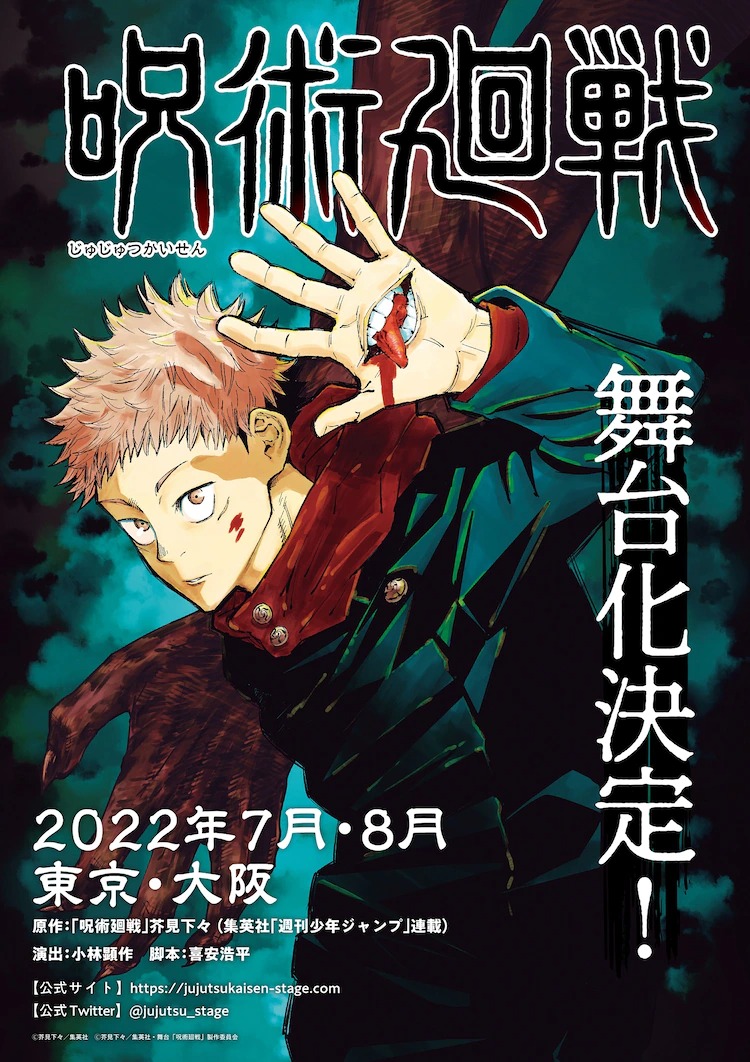 MAPPA returns to animate JUJUTSU KAISEN 0, with director Sunghoo Park at the helm and Toho distributing the film in theaters in Japan across 418 confirmed theaters. The anime film was announced at the end of the JUJUTSU KAISEN TV anime series, which is streaming on Crunchyroll.