The Miss Kuroitsu from The Monster Development Department (Kaijin Kaihatsubu no Kuroitsu-san) anime—based on the manga by Hiroaki Mizusaki—is right around the corner, and a new promo arrived to show off more footage and preview the ending theme. Sample one of the anime’s two EDs, MAYBE ME’s “Aimai Identity,” in the video below. 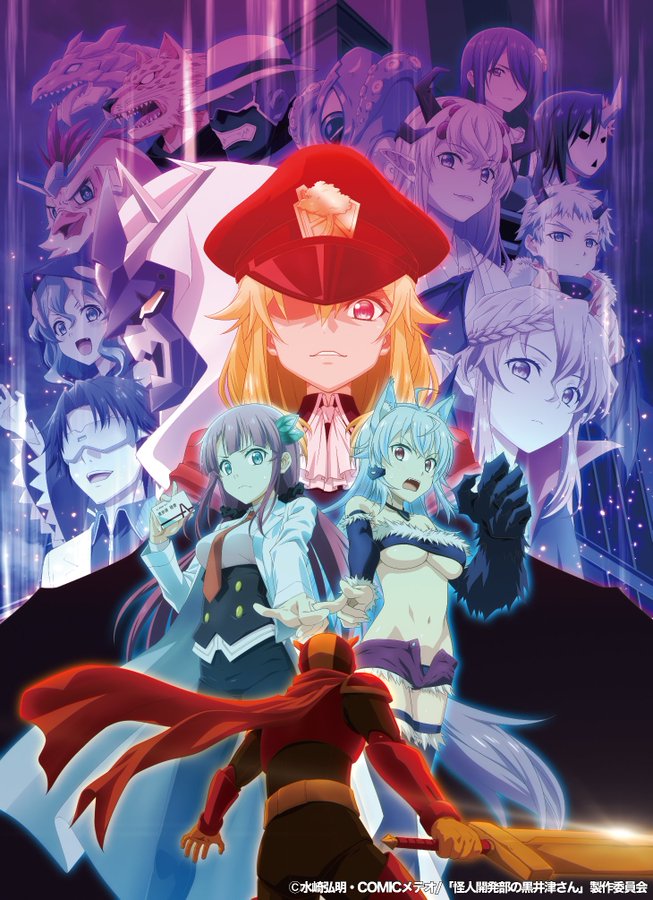 Kaijin Kaihatsubu follows the work-life of Touka Kuroitsu, who works for a company that creates monsters for the secret organization Agastya, an evil organization that fights allies of justice. Kuroitsu doesn’t fight heroes, she fights against the unreasonable demands of her work, such as “make a presentation in 10 minutes”, or “the boss wants this reckless thing.”