Hello everyone, and welcome to Why It Works. How is the approach of winter treating all of you? Personally, I have to admit I’m not handling it all that gracefully. The second the air gets cold and crisp, my body essentially shuts down entirely, going into a hibernation mode for the next six or so months. As I am not a squirrel or grizzly bear, this tends to have a calamitous effect on my day-to-day functioning, as I slink between heated sanctuaries while bearing a sniffle-cough combo at all times. Winter and I simply do not agree with each other, and until I summon the motivation to move to a warmer climate, you’re apt to hear me griping about it every single year. 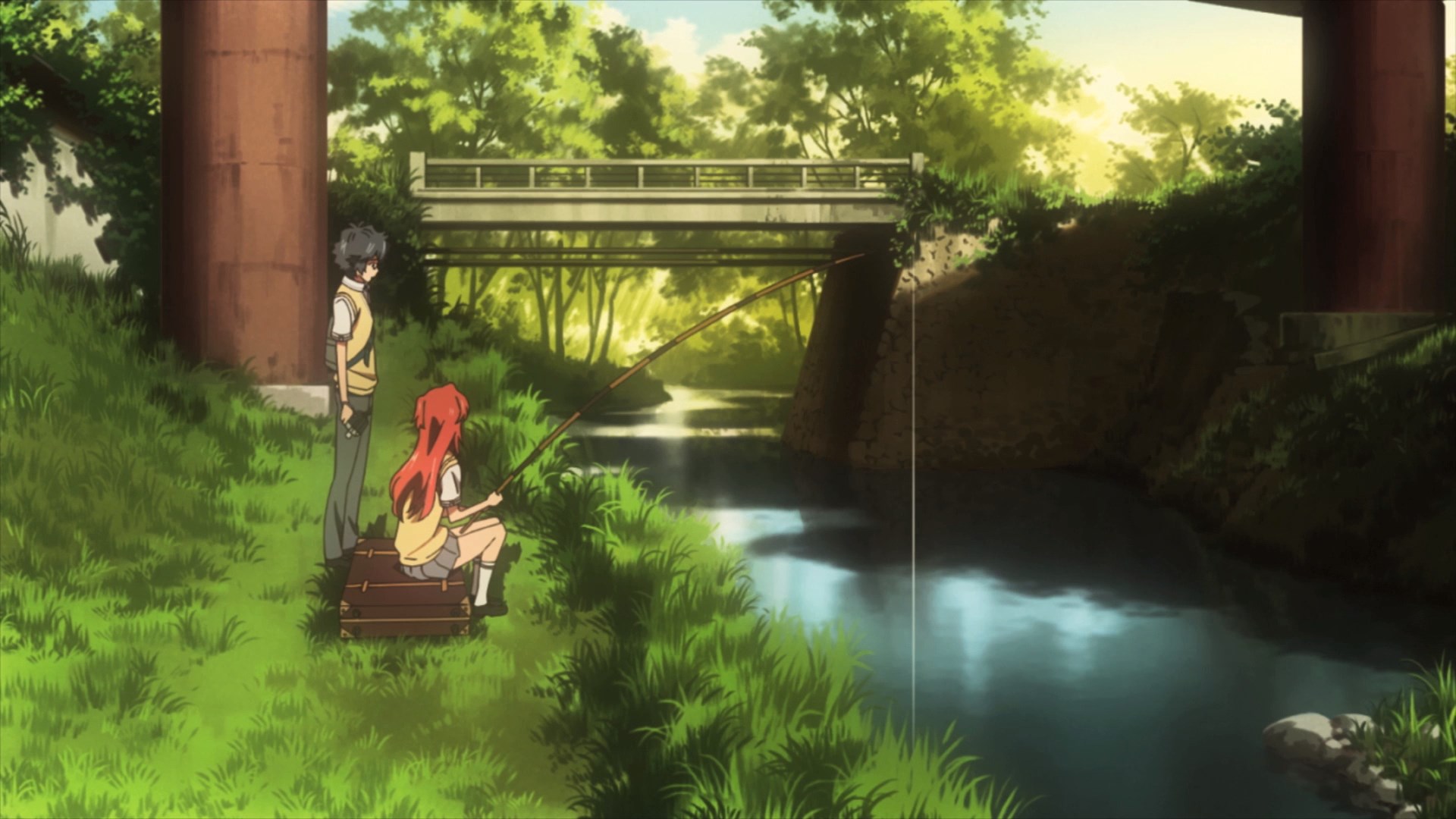 Fortunately, while I cannot escape winter’s physical afflictions, I can at the very least mentally retreat to the security of my mind palace. Nobody can stop me from dreaming of summer, and to assist in that process, I’ve assembled a fine list of sun-drenched anime to help conjure warmer days. Until I have harnessed full control of the elements, I’m afraid this is the best I can do for myself, and for any of you out there who are also yearning for sunnier times. Without further ado, let’s run down some excellent summer anime to beat these winter blues!

First off, it’s hard to get more summery than a show with summer in its dang title, like the charming Ano Natsu de Matteru (Waiting in the Summer). Centered around a boy who’s attempting to make a student film (and the maybe-alien girl who collides with his hometown), the show is essentially a love letter to the long, aimless days of summer break. Both the “waiting” and the “summer” are essential to its tone; more than nearly any show I’ve seen, it captures that joyful lethargy of lounging around in the summer, going on idle adventures, and just maybe falling in love. It’s a breezy, charming watch and a vivid celebration of summer vacation. 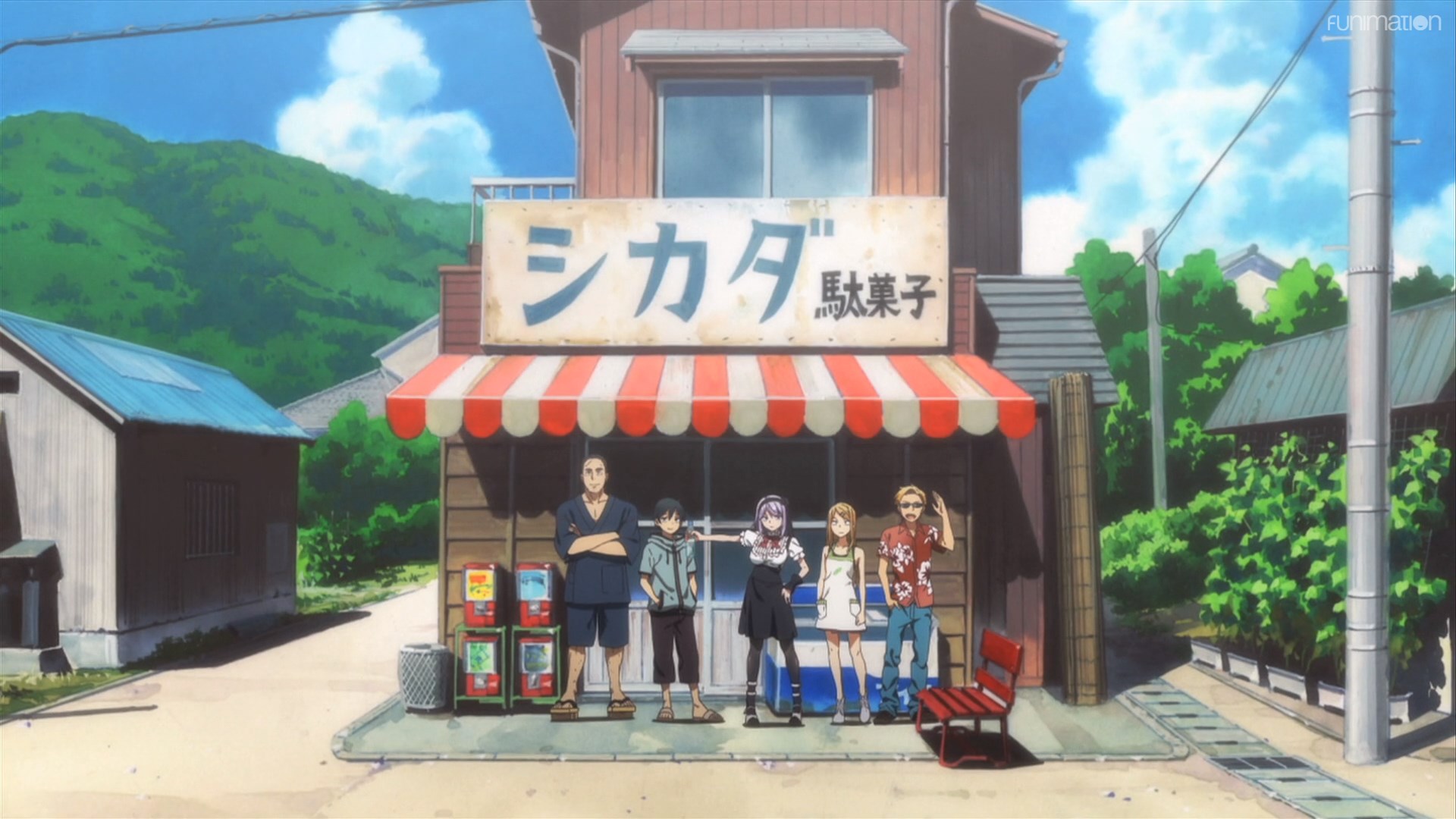 For another show that captures the feeling of endless summer days, I’d recommend the light-hearted Dagashi Kashi. Dagashi Kashi’s ostensible premise is “a boy whose father owns a snack shop is pursued by a girl obsessed with sweets,” and there is indeed plenty of that, along with goofy vignettes about the origin and appeal of various snack foods. But perhaps even more than Dagashi Kashi’s comedy, what the show nails is its evocation of sweltering summers up in the mountains, splitting time between your part-time job and idle meetups with friends. Constructed as a series of candy-driven vignettes, Dagashi Kashi’s very aimlessness feels distinctly true to the dog days of summer, where any distraction is a worthy escape from the heat.

While the mountains in summer have their own appeal, it’s the beaches that truly define the season. Those beaches feature heavily in Love Live! Sunshine!!, another show that’s helpful enough to display its summer credentials right in its title. Doubling down on the farcical madness of the original Love Live!, Sunshine!! is a goofy, energetic drama that requires no real “idol education” to enjoy, set on a southern island that’s as warm and inviting as the title insists. If you’d prefer a more serious approach to drama on the seashore, you should absolutely check out A Lull in the Sea (Nagi-Asu: Nagi no Asukara). Centered on a village shared by above-ground fishermen and below-water sea people, the show combines Mari Okada’s reliable drama with some of PA Works’ most beautiful design work ever, offering a majestic seaside world like nothing you’ve ever seen. 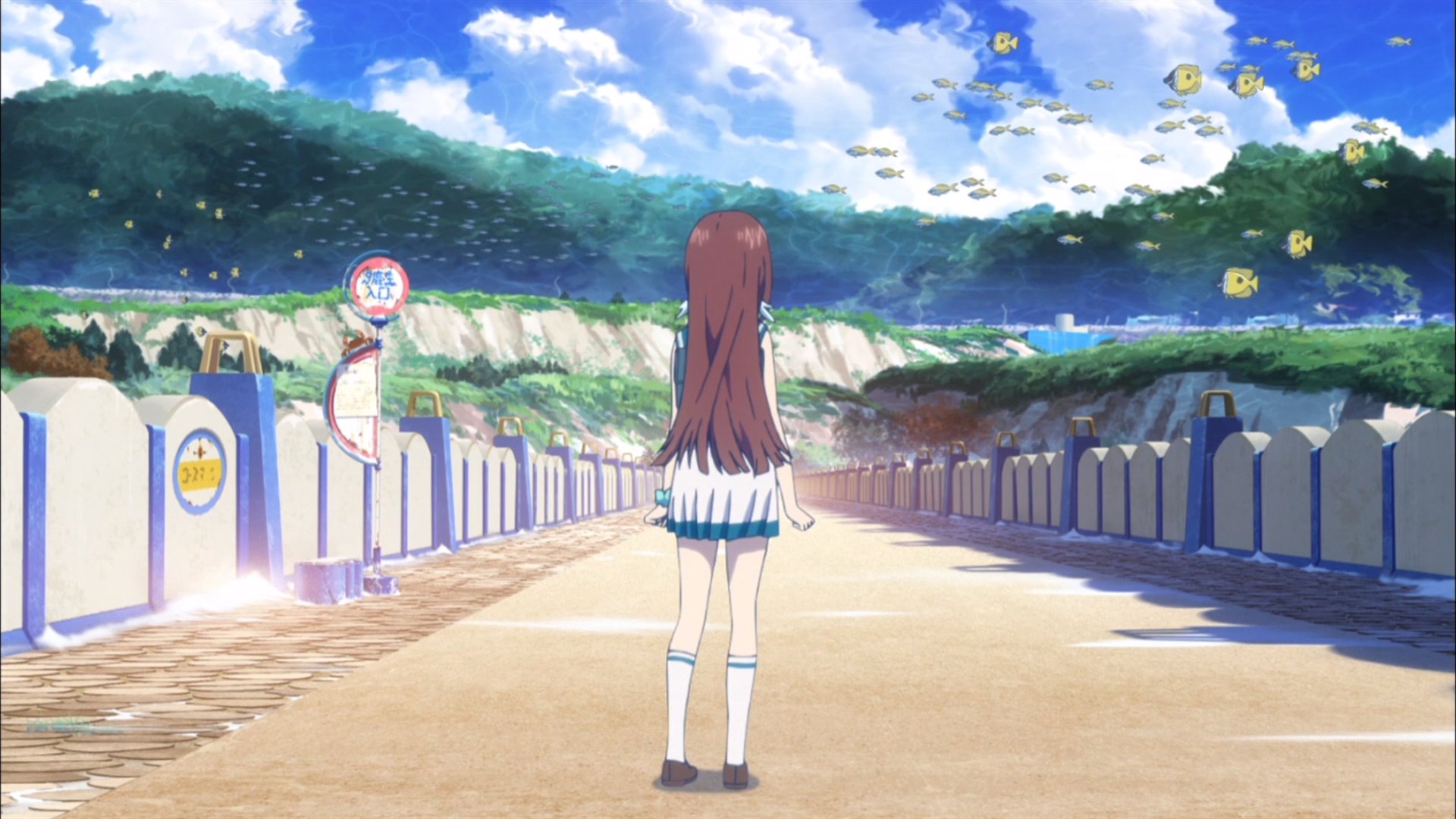 When you combine the sea, the sun, and the restless energy that always seems to accompany summer adventures, you end up with Kyoto Animation’s Free! – Iwatobi Swim Club Like Love Live!, the original Free! takes a pretty loose approach to its ostensible sports drama and mostly just features a group of goofy friends enjoying their time swimming together. With island adventures and festival episodes galore, Free! celebrates all the signature events of anime summer, all of it brought to life with Kyoto Animation’s sumptuous animation and art design. In their hands, simply diving into a pool is an exercise in visual wonder.

For my final summer selection, I’d like to highlight a show that’s near and dear to me, the scrappy Kemono Friends. Though it may not look like much, Kemono Friends’ endlessly charming cast and quietly thoughtful storytelling made it a real highlight of 2017, serving as both a cheerful safari tour and an engaging post-apocalyptic narrative. You’ll be surprised how quickly you fall in love with its humble character models, but in the meantime, its array of sun-soaked landscapes will warm and nourish right from the start. 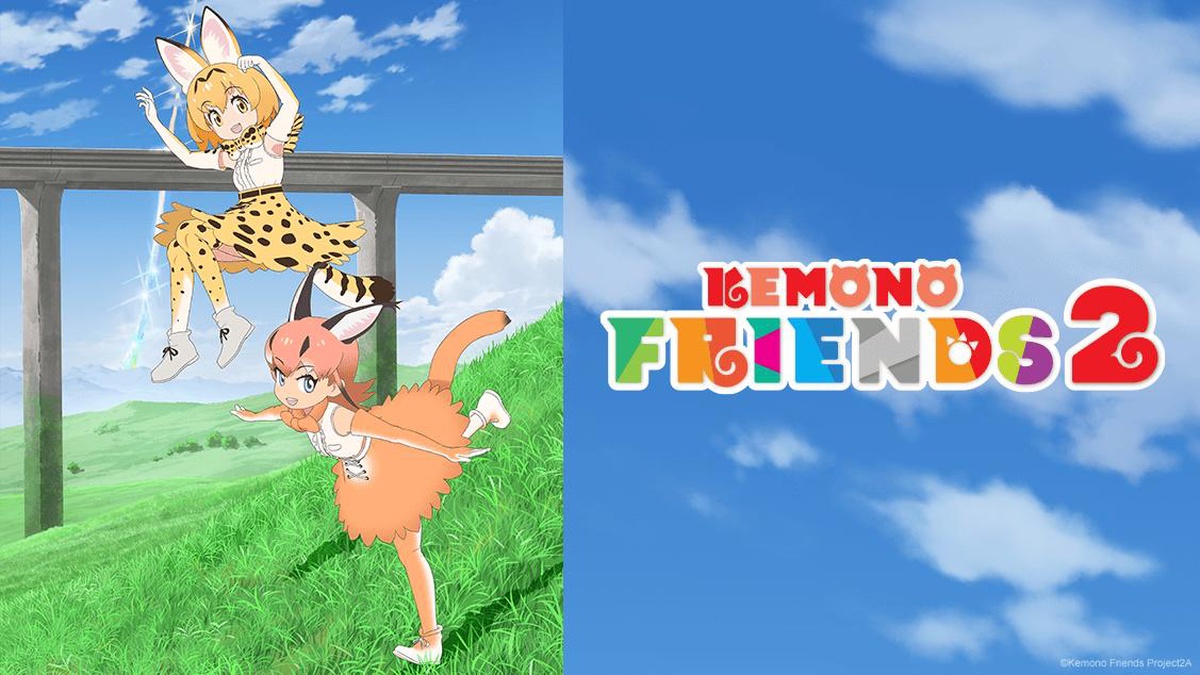 We’ve got a tough set of months ahead of us, but with proper preparation, the worst of winter’s torments can hopefully be avoided. I’ve enjoyed the warm respite of simply talking about all these summery shows and hope you all find one or two to shield you from the cold among my selections. Good luck surviving the winter to all of you. I’ll see you all when I emerge from my burrow in April!