Shin Megami Tensei V has one glaring problem it has to contend with: Shin Megami Tensei III:
Nocturne HD Remaster was released just this past May. While SMT fans have no doubt chomped at the bit in anticipation of a new numbered entry arriving on consoles, some might still want to cling to the
memory of Nocturne. Is this new, untested Shin Megami Tensei worth the plunge?

Immediately, I can say “yes”. Atlus has gone above and beyond in taking Shin Megami Tensei V
to new heights. Gone are the claustrophobic and oppressive levels of dungeon crawlers past—in their
place are expansive and evocative open-ended maps that seamlessly weave from one area to the next,
each one littered with quests and secrets. Gone are the random encounters of old—while I personally
do not consider random encounters a blight upon role-playing games, seeing the enemies on the map at
least facilitates hunting down specific demons for strategic reasons. Gone are the restrictive rules for
demon fusing and raising—now there are new alternatives to filling out your ranks besides simply
fusing for the best demons.

And it’s the details that really sell this new SMT. The music on the world map slowly shifts and
changes as you go from area to area, snatches of music coming and going as you progress further and
further into the world ruined by Armageddon. These maps are littered with Abscesses, treasures,
secrets—all of which are not just notches to put under your belt for completion’s sake, but also vital
steps that can bring you closer to survival against those new threats lurking just around the corner.
Demons have a variety of personalities and voices, ranging from grotesque and feral to charming and
witty. The inscrutable chanting in the music haunts your ears as it’s blended with intense drum and
bass. The unique skills of certain demons feel weighty, making each of them certainly feel special even
if they have to be spammed just to survive against bosses. 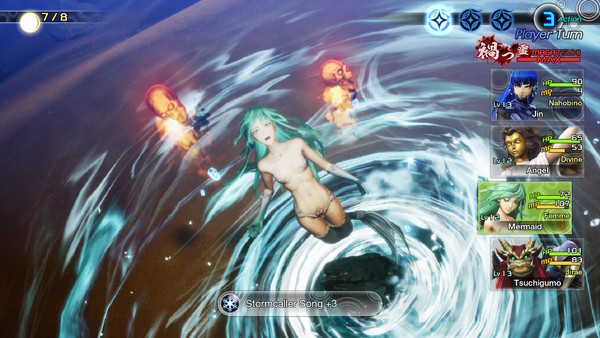 The min-maxer inside of me was utterly delighted at the new options present for raising
demons. Demons can grant you Essences that can be fused with other demons, or even your own player
character. This grants an incredible amount of flexibility, being that this can not only pass on skills but
also elemental resistances. And because Essences are relatively easy to acquire, there’s little reason not
to indulge in mixing and matching to strengthen your party. The result is one of the most approachable
Shin Megami Tensei games in years, although “approachable” should not be taken to mean “easy”. The
series reputation for merciless combat is still present, and I can think of no small number of encounters
that I won by the skin of my teeth. That demons are now limited by proficiency and can be inherently
better or worse at using certain skills than other demons adds plenty of strategy to combat, especially
with the series’ trademark Press Turn system goading you to abuse enemy weaknesses no matter the
cost.

But now there are also more tools to your own player character than just spells and abilities:
now you can invest resources into learning Miracles that can customize your character. Miracles can
increase your own proficiency with certain elements, increase the rate or methods you can increase
your Magatsuhi for using limit breaks in battle, or change how demons interact with you in battle.
Learning Miracles is gated by how much Glory you have, which is found by exploring. Likewise,
finding new Miracles to purchase is gated by you finding and destroying demonic Abscesses, further
encouraging exploration. The result is a game where, in the face of great challenge, you have more
options than just rote level grinding. Going back to earlier areas and exploring can find you the
resources you need to get vital abilities that can make later fights lean more in your favor. In a series
like Shin Megami Tensei , where the game will not stop punching your face until you make it, this is
refreshing. 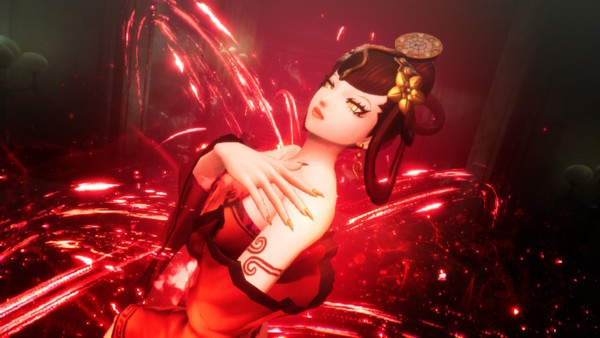 Shin Megami Tensei V also upholds the series’ standard for artistic direction. While many
demons retain their established designs from games past, they’ve never looked better than in SMTV’s new high-definition graphics. Clusters of bizarre floating cubes clutch at the dust-ridden sky. Husks of buildings litter the landscape. The World of Shadows is appropriately dark and backlit, and the act of
fusing demons is the curious mix of a ritual and an organ recital. The Cadaver’s Hollow, where you can
purchase items, is a stash of gold and finery ruled over by a charming-albeit-disgusting wraith named
Gustave. And all the while, new interpretations of demons from folklore and mythology worldwide
make new appearances to hound your every step. Best of all, Shin Megami Tensei V works just as
stellar on the Nintendo Switch in handheld mode as it does in docked mode.

Of course, the experience isn’t perfect. While SMTV made the jump to HD phenomenally, the
Unreal Engine 4 engine’s flaws still rear their ugly head: stuttering and jumpiness abounds during some
animations and transitions, marring the otherwise impeccable visuals. And this is still a Shin Megami Tensei game: as said earlier, this is still a game perfectly content to punch you in the face. The
relentlessness of it all can be frustrating, as sometimes a stroke of luck is all it takes for a fight to either
go perfectly in your favor or disastrously not. With all of the tools at your disposal, it’s nevertheless
unfortunate that some fights can only be eked out as a matter of attrition and trial-and-error. Even
random mob fights can stop you dead in your tracks with just one well-placed critical hit. In addition,
the new mini-map can be unclear; sometimes, you’ll swear you’re standing right on top of a landmark
or treasure point only for it to be on a floor above you. It can be frustrating when a game this
streamlined and accessible nevertheless falls to the same underhanded tricks as the ruthless dungeon
crawlers of old.

But that’s why we keep coming back to the Shin Megami Tensei series, isn’t it? We want the
brutalist architecture, the industrial rock tinged with chanting, and the cheap deaths that set us back an
hour’s worth of progress. Because when you finally manage to attack and dethrone God, you look back
and you realize that it was worth it, and you’d wade through armies of angels and devils to do it again. 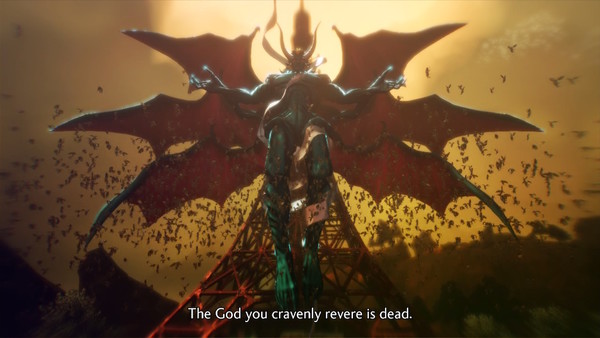