Last month started in vintage style with the launch of a Kickstarter campaign for the classic Dirty Pair TV anime, with Nozomi Entertainment aiming to fund an English-dubbed HD release. Now the campaign has officially come to an end, and not only did it soar past its initial goal early on, it met all the stretch goals announced along the way.

The final tally comes in at $731,406 pledged of the original $275,000 goal. 3,303 backers joined in to fund the project, which will have original English VAs Pam Lauer (Kei) and Jessica Calvello (Yuri) reprising their roles. Fans pledged both to help create the new dubbed version and to receive the full Dirty Pair series—including the TV series, features, OVAs, and 1994’s Dirty Pair Flash)—on Blu-ray in both the original Japanese and in English.

The stretch goals were numerous, from reversible Kickstarter-exclusive covers to commentary tracks, 5.1 audio, interviews, and more. Here’s the full list: 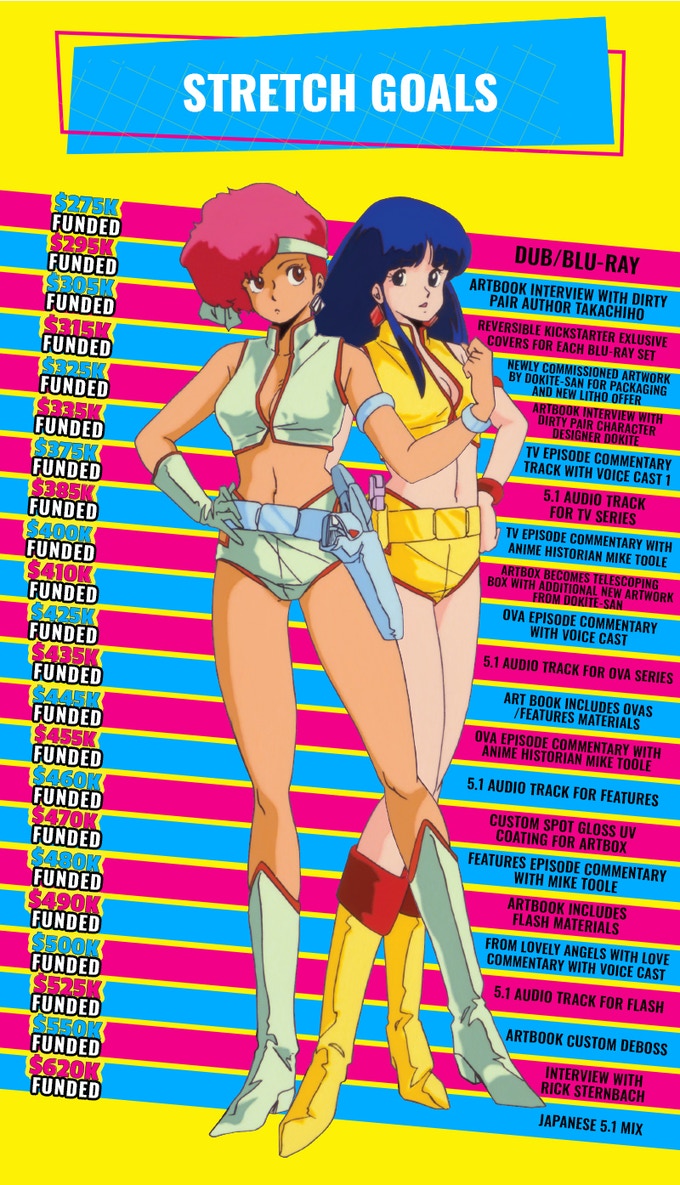 You can head to the campaign page for more on what Nozomi has in mind for the release.