The anime held an event (streamed to people who bought the first Blu-ray Disc/DVD volume) on Saturday, and the event revealed the film’s date and visual above.

The event also unveiled Robico‘s package illustration for the third Blu-ray Disc/DVD volume, which will include a serial code for a streaming event with cast members Shimba Tsuchiya and Kaito Ishikawa, plus an exclusive drama CD: 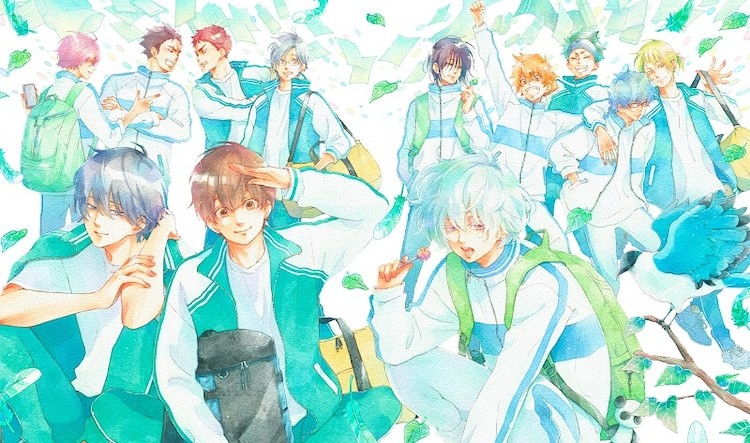 Starting in late October, the anime is collaborating with Iwanuma city as part of the “Anime Hometown Tax” initiative to support local areas. People who donate to the initiative with receive food seen in the anime and original goods. In addition, the “One Gymnastics Festa 201 feat. Anime Backflip!!” with Japan’s top-tier high school athletes, professional performers, and college athletes will be held at Miyagi prefecture’s Shiroishi City Culture and Physical Education Center on November 3. The event’s newly recorded public announcements will feature the voices of the characters from the anime’s “Ao High” and “Shiro High” teams. 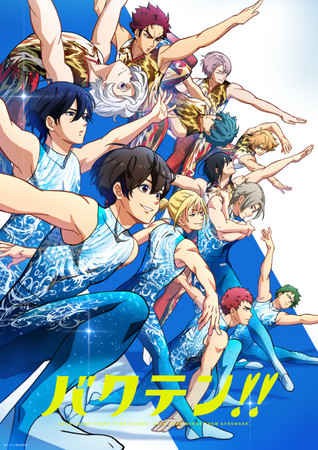 The television anime premiered on Fuji TV‘s Noitamina programming block on April 8, and the 12th and final epsiode aired in June. Crunchyroll streamed the anime as it aired in Japan.

The anime is set in Miyagi prefecture’s Iwanuma city, and centers on a high school rhythmic gymnastics team. The anime follows Shōtarō Futaba, who is fascinated by gymnastics after seeing it in his third year of middle school, and joins the rhythmic gymnastics team of his new high school Sōshūkan High School, nicknamed “Ao High.” He makes a friend with his schoolmate Ryōya Misato, who earned fame as a gymnast during middle school.

Kei Sakuraba is drawing a manga adaptation, which premiered in Kodansha‘s Dessert magazine on January 22.