The official Twitter account for the live-action television drama series Kasо̄ken no Onna (The Woman of S.R.I.) posted on Thursday a short manga by Marmalade Boy creator Wataru Yoshizumi based on the upcoming first episode of the drama’s 21st season.

The Kasо̄ken no Onna series premiered in October 1999. The drama follows Mariko Sakaki, who uses forensic medicine to solve crimes at the Kyoto Prefecture Police Department. Yoshizumi’s new manga is told from the perspective of Sakaki’s colleague Ami Ukuta, and it focuses on the relationship between Sakaki and Detective Kaoru Domon.

The 21st season’s first episode will premiere on October 14. 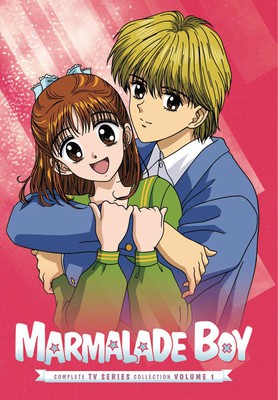 Yoshizumi published the original Marmalade Boy manga in Shueisha‘s Ribon magazine from 1992-1995. The North American publisher Tokyopop released the classic romance manga and its 1994-1995 anime adaptation in English. Discotek Media picked up the license for the anime, and released it on Blu-ray Disc in September 2018.

In addition to the television anime adaptation, the manga inspired a 1995 anime film, a 2001 live-action Taiwanese television series, and a live-action film in April 2018.

Yoshizumi launched Marmalade Boy Little, a sequel to her original Marmalade Boy manga in Cocohana in March 2013, and ended it in September 2018.

Yoshimzumi debuted the new Caramel Cinnamon Popcorn in October 2019. The manga centers on a woman named Kanna, who works at a movie studio’s marketing department. While enjoying her work in the company of high-profile actors, she meets someone.