The official Dragon Quest website announced today that composer Koichi Sugiyama passed away on September 30 from septic shock. Sugiyama was most well known for being the original composer of the Dragon Quest series, creating more than 500 songs for the franchise by himself, including tracks for the upcoming Dragon Quest XII: The Flames of Fate game, which will be his last game in the series. A funeral for Sugiyama was held with his close friends and family in attendance.

Koichi Sugiyama was born in Tokyo on April 11, 1931, and began writing music from a young age. He graduated from the University of Tokyo with full honors in 1958 and entered the entertainment business through Nippon Cultural Broadcasting, eventually moving over to Fuji TV as a director. From 1958, Sugiyama went freelance to focus on music, where he was commissioned to create pieces for anime such as Cyborg 009, Science Ninja Team Gatchaman: The Movie, and more.

Sugiyama started working at Enix after sending the game developer a fan letter for a PC Shogi game that led the team to invite the celebrity composer to write music for their games, including the first Dragon Quest game, where he continued until his death. Since then, Sugiyama has written the music for every Dragon Quest game and holds the title of the first video game composer to record with a full live orchestra.

Due to the success of Sugiyama and the Dragon Quest series, Sugiyama was awarded the Order of the Rising Sun 4th Class, Gold Rays with Rosette in 2018 from the then Shinzo Abe-led government, as well as selected as a Person of Cultural Merit from the Yoshihide Suga-led government. His compositions were also used in the Tokyo 2020 Olympic Games. 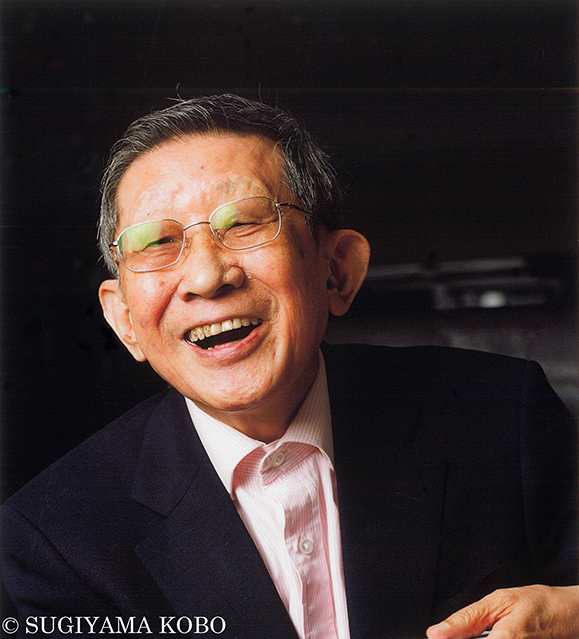 Outside of video game composing, Koichi Sugiyama was a political activist in Japan. He was a member of the Japan Institute for National Fundamentals, a right-wing think-tank that promotes the amendment of Article 9 of the Constitution of Japan, opposes the world view that Japan held Korean women as comfort women during WWII, and works closely with the Abe and Suga government on policy proposals.

Sugiyama has personally weighed in on the issue, being a co-signer of “The Facts”, a full-page ad in The Washington Post that was published on June 14, 2007, which disagreed with the United States House of Representatives House Resolution 121; a resolution which asked the Japanese Government for an official apology for its involvement with comfort women. Sugiyama also denies that the Nanjing Massacre occurred. He tried to put an ad in The Washington Post and New York Times saying that the “300,000 who died at the hands of the Japanese military at Nanjing is not fact,” but was denied by the papers.

He was also said to be against LGBT education in Japanese schools, mimicking talking points from conservative politician Mio Sugita, who appeared together on a Japanese variety program saying that LGBT members of society were “unproductive” because they didn’t produce children. He later stated in a blog post on his website that LGBT people are “unreasonably discriminated against” and that the power of the government should help in those situations.

Sugiyama will be remembered for his massive contributions to video game music across the world.