Midnight Mass is the perfect mix of horror and existentialism. But for fans who want similar shows, this list will definitely help.

Midnight Mass has become one of the most powerful and thought-provoking horror properties to be released in some time. The show offers horrors of both the physical and spiritual variety and manages to show people at their most vulnerable. While the show is undoubtedly a hit, it’s hard to find other properties that manage to evoke a similar response.

This article will contain a list of shows that fans can turn to after finishing Midnight Mass. While these entries won’t contain the same subject matter, they all manage to balance real terror with a cosmic horror about larger forces at work that no one can understand. No matter the choice, fans of Midnight Mass will surely get a chill down their spine watching these shows.

The Third Day is a story told in parts that follow a man and a woman as they venture to a mysterious island for their own personal reasons. While the show doesn’t feature outright monsters, it plays on the thrills and fears of encountering a place or society that operates just enough outside of the norm to intimidate any outsider. However, beyond the physical fears, the show uses a lot of religious theming to juxtapose the topic of grief and how people handle it. The isolating feeling in Midnight Mass is also evident while watching The Third Day.

The Haunting of Hill House Is Chilling & Heartbreaking 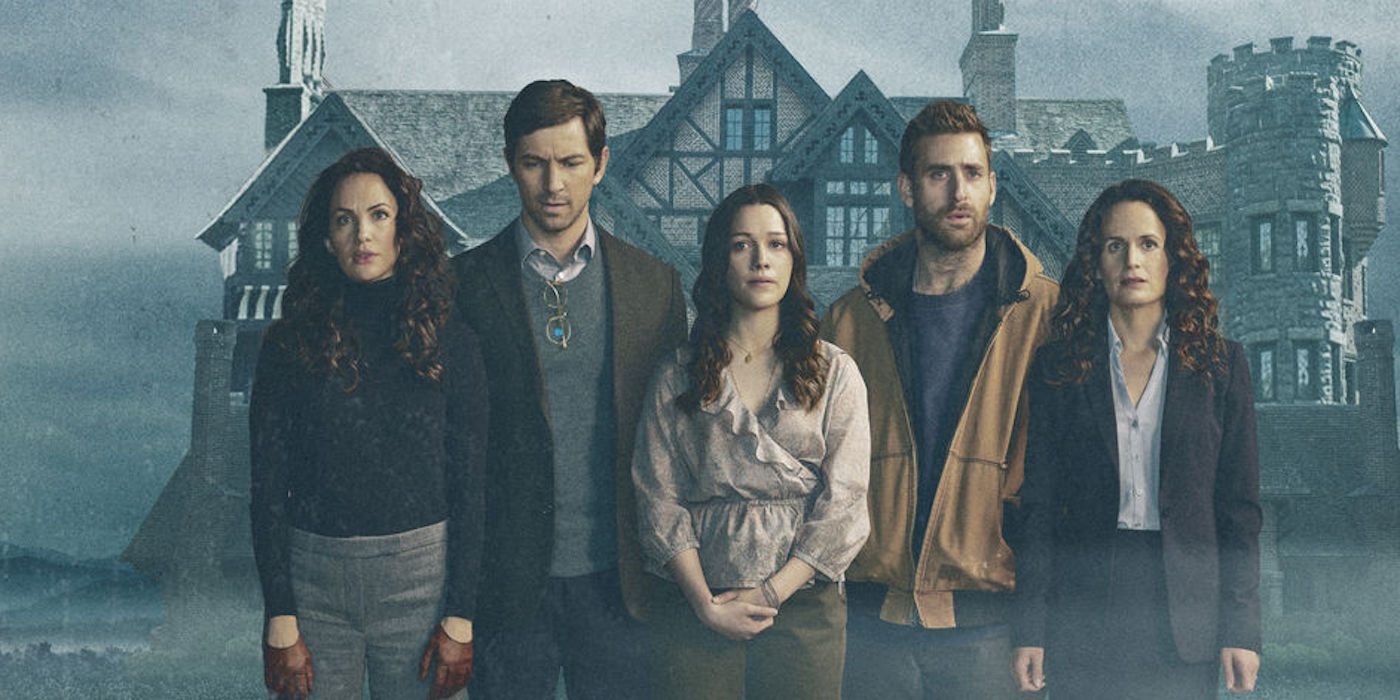 Mike Flanagan’s The Haunting of Hill House takes the classic story and molds it into something powerful for the modern audience. The story is told from two perspectives about one family when they move into Hill House and encounter ghostly experiences. The second perspective sees the family brought together after the tragic death of one of the children. The series is filled with scares that only Flanagan can craft, making them even more terrifying thanks to its uncensored approach to death and how people cope with loss. The series is an experience from start to finish that is great for all horror fans.

The Haunting of Bly Manor Is Another Mike Flanagan Hit 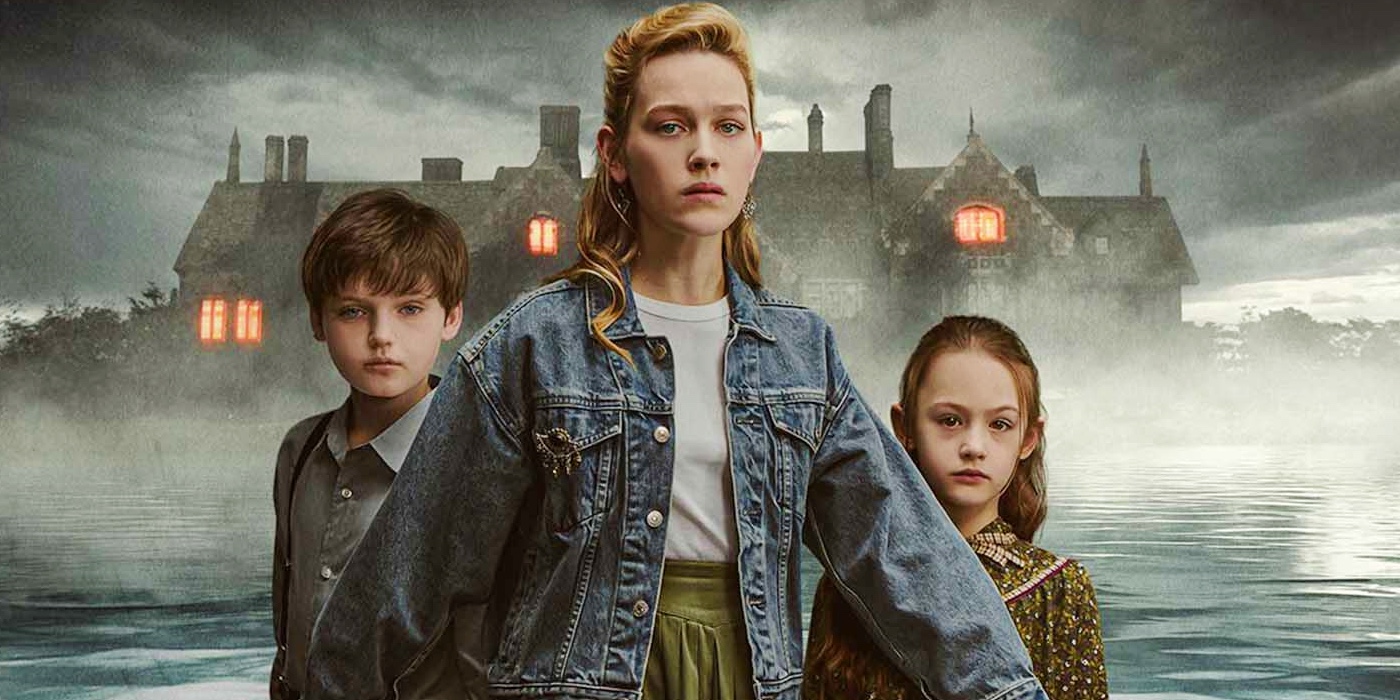 The Haunting of Bly Manor continues Mike Flanagan’s dive into the supernatural. However, rather than focus on the gothic American horror found in Hill House, Bly Manor adopts a more English approach to scares. The show follows a young woman who offers to tutor two children in a manor in the English countryside. However, she quickly learns that there is more to the house than meets the eye as things go bump in the night. Rather than deal with grief, the show instead highlights the tragic romance, the eternal consequences of one’s actions and how they affect everyone around them.

The Terror Has Paranoia Horror in the Arctic 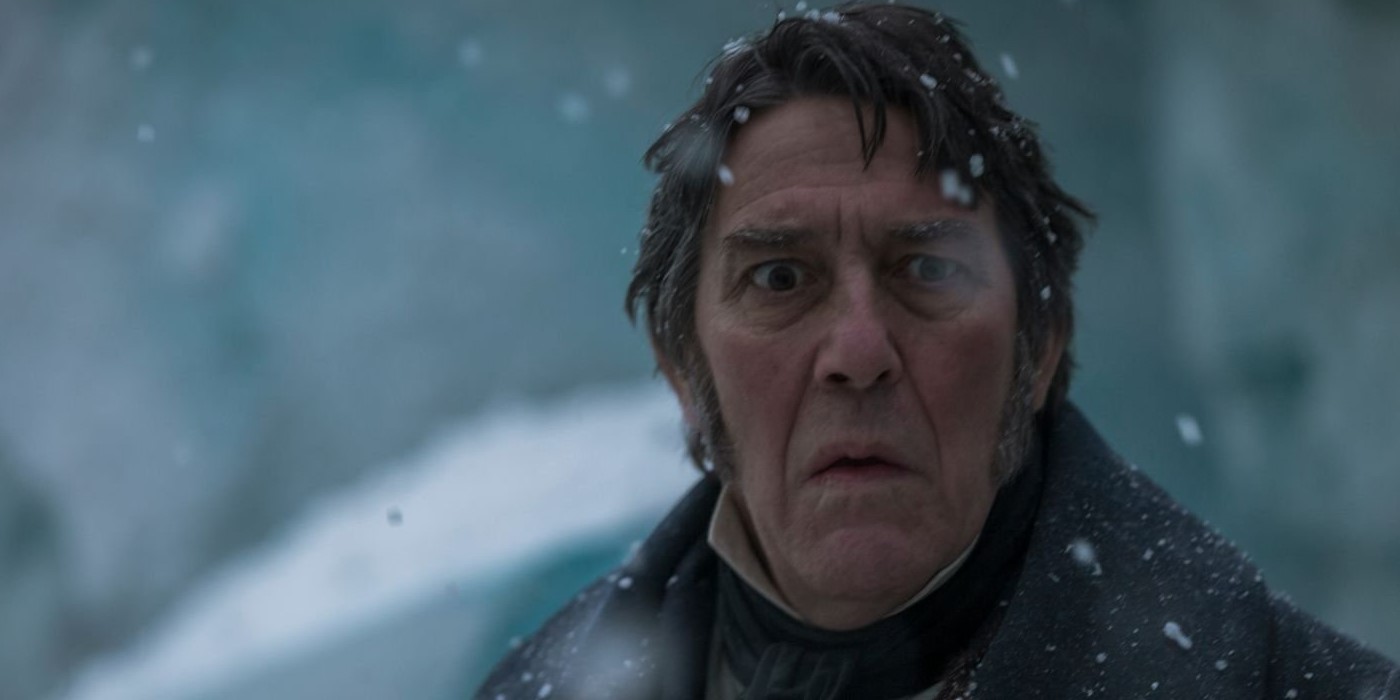 The Terror is a horror-centric retelling of the real-life disappearance of the HMS Erebus and HMS Terror in the mid-1800s. The series follows these two ships as their crews are stranded in the Arctic. During their fight for survival, disease, paranoia and starvation slowly plague the crew. However, there is also a largely unseen danger lurking just outside of their vision. This threat slowly picks off the crew one by one. The Terror, like Midnight Mass, shows how paranoia in a small community can lead to destruction. Coupled with the threat of a strange creature and the show balances physical and psychological terror perfectly.

Outcast Is a Live-Action Take on the Robert Kirkman Comics 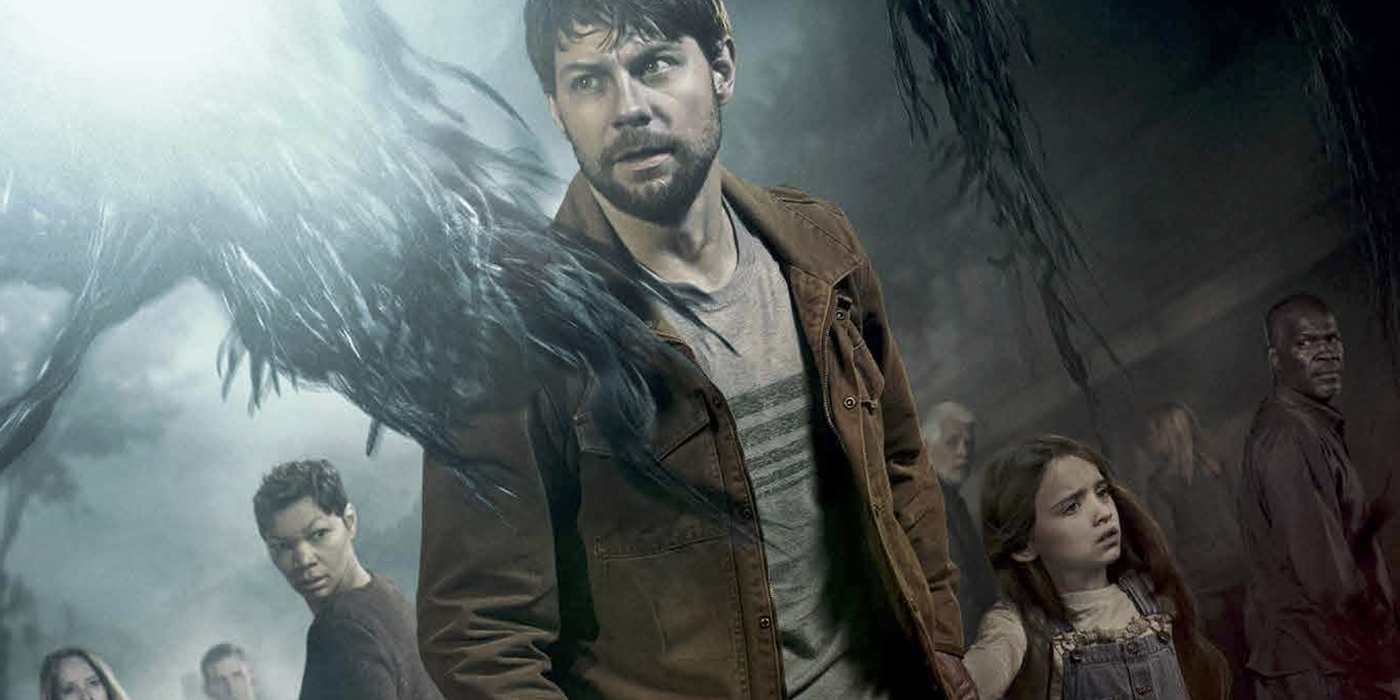 Based on the Robert Kirkman comic book of the same name, Outcast follows a man named Kyle Barnes, who has lived a life struggling with the effects of demonic possession. Rather than face it head-on, he instead falls into a depression and does his best to avoid his past. But that doesn’t last long as Kyle is quickly forced to save others and understand why his life has been filled with so much strife. Outcast is a great follow-up to Midnight Mass because both series feature a main character with a host of flaws who does their best to overcome them to help others.

Les Revenants (The Returned) Is an Underrated French Gem 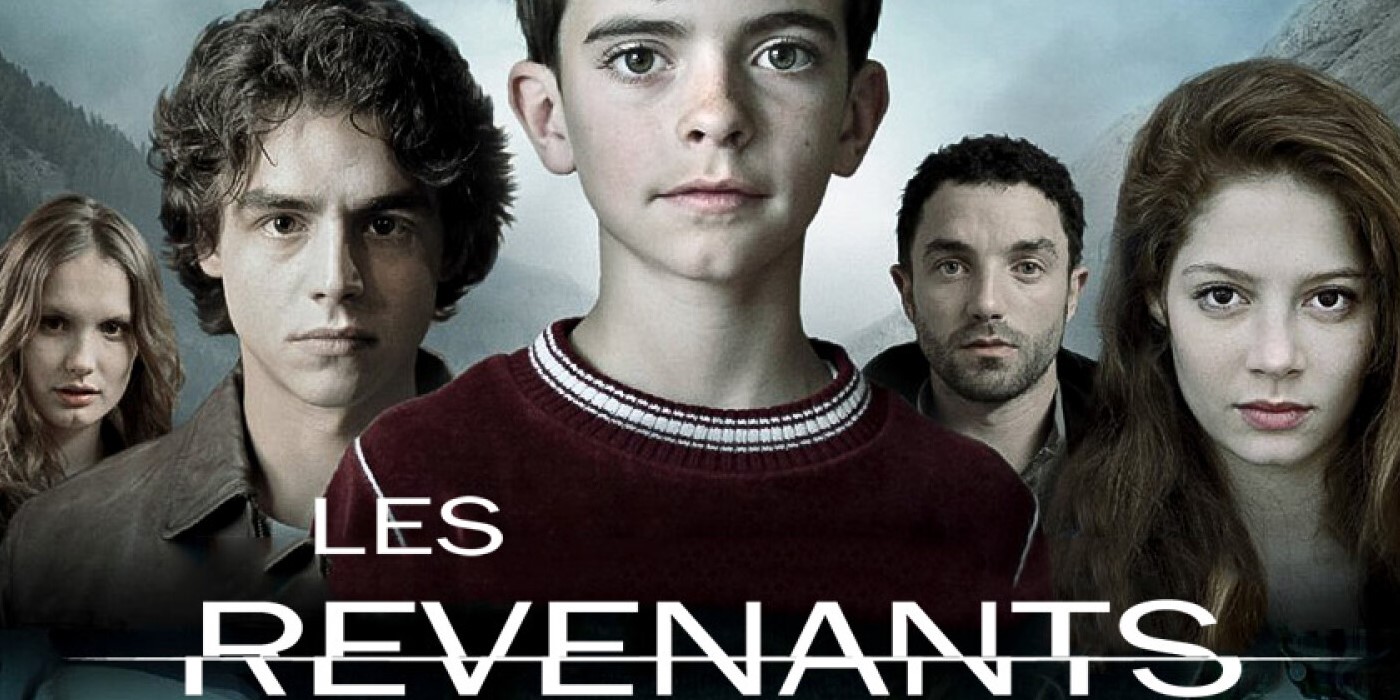 Les Revenants is a French series that follows a small community where many of their deceased loved ones have suddenly returned. The series doesn’t focus much on scares but instead deals with the effects of dealing with the beautiful and equally horrifying realization that a dead loved one has mysteriously come back. The series ran for two seasons and managed to keep audiences enthralled until the very end. This is the perfect show for fans looking to recapture that feeling of utter disbelief and existential ideas that Midnight Mass often left viewers with.

In The Flesh Is a Great Zombie Series From the UK 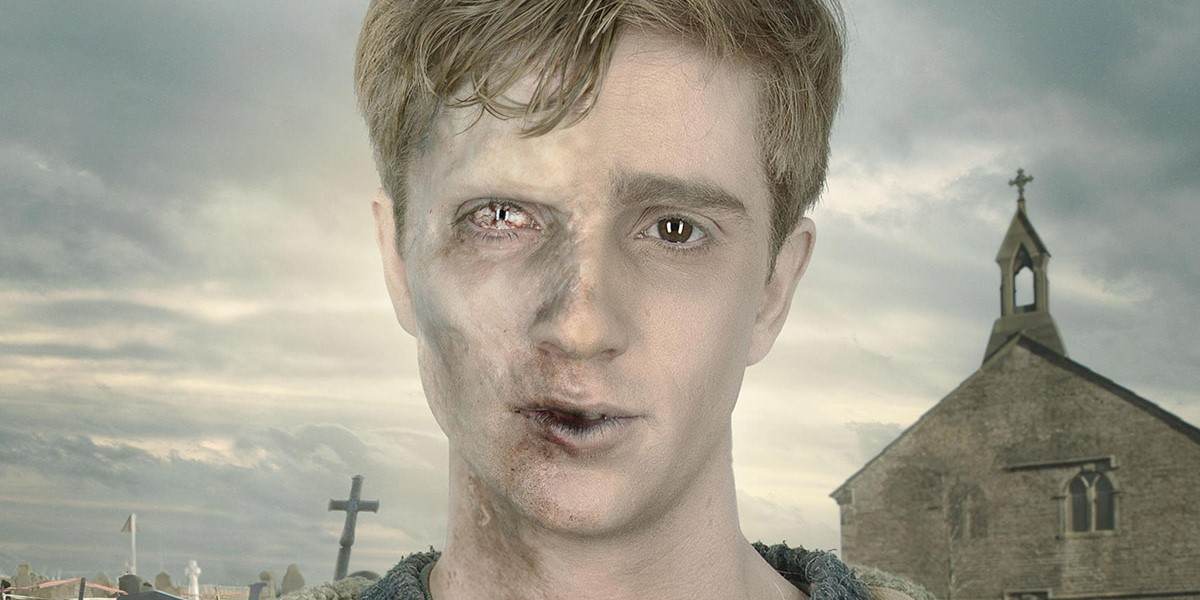 In the Flesh helps prove that the zombie genre is far from dead. The UK series takes place in a world where humanity has found a cure for the zombie plague. While the undead is now “alive,” they still have to be reintegrated into society both physically, with makeup and contacts, and mentally, by relearning how to act in society. However, some of the cured still remember the terrible things they did and have to cope with that while fighting off the potential of relapse. Like Midnight Mass, the series is about people facing the consequences of their actions.

KEEP READING: The Walking Dead Introduces Its Most Annoying Character Yet


CBR Features Writer Nick Brooks has been writing for over ten years about all things pop culture. He has written for other sites like Animemojo.com and Gamefragger.com. When not writing you can find him with his lovely girlfriend, cooking, reading comics, or collecting any new Star Wars Black Series, Marvel Legend, or Transformer. For more of his thoughts on pop culture check out his blog, The Next Panel with Comic Brooks.